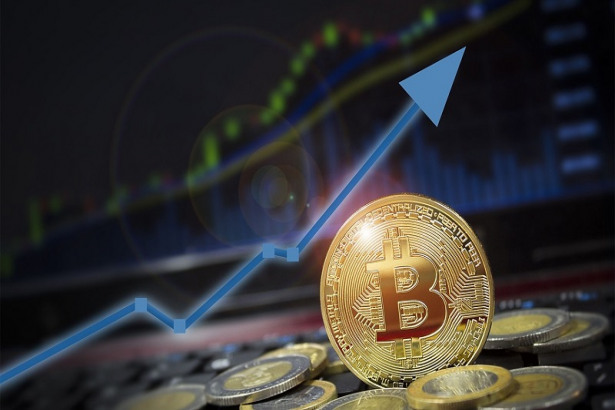 Since the beginning of 2021, Bitcoin has seen a steady decline, plummeting from its record high of $65,000 in April to its lowest of $30,000 in June. The monumental dropped came after a massive sell-off that took place in the crypto markets.

Since starting out, Bitcoin and other cryptocurrencies had shown tendencies of vulnerability, and as time went by, it became more and clear that there was huge potential for returns. In April of 2021, Bitcoin investors got exactly what they wanted with a massive spike in demand, causing the price to skyrocket, landing on its peak value of $63,729.5.

The huge surge in price was related to events within the industry involving well-known figures, such as TESLA and Coinbase. At that time, Tesla, an electric vehicle and clean energy company owned by Elon Musk, invested $1.5 billion into the digital currency, taking the title as the biggest IPO exchanged fueled by mass interests.

This spotlight was short-lived when the price started to take a knock when Bitcoin enthusiasts caught wind that Bitcoin and other cryptocurrencies may become government regulated, which takes away from the initial appeal of the digital financial option.

Another event that directly impacted the Bitcoin price was the events around the Coinbase system going down in April of 2021, triggering a 32% declining overall market value. With all these changes, experts are starting to see a pattern in behavior, leading them to believe that Bitcoin has the potential to overtake the U.S dollar as the dominant global currency by 2050, estimating that Bitcoin price to sit just over $66,000 by the end of 2021. What Makes Bitcoin So Resilient

Spoken about previously in the article ‘Does The Dip Mean Its Time To Invest,’ Bitcoins behavior runs on a cycle. Although the most recent drop was quite considerable, it’s been proven that with every dip comes a spike soon after.

There are three main stages of the Bitcoin cycle, and each plays a massive role in the value of Bitcoin. Starting with the bull run, Bitcoin skyrockets, and everyone is intrigued to invest, directly correlating with the spike in the Bitcoin price due to the increase in demand.

Once the bull run is over, Bitcoin faces a halving every four years, which does precisely that, and halves the value of mining a Bitcoin. This process was designed to keep Bitcoin miners interested and motivated to keep mining. This event also helps the inflation rate of new Bitcoin that has been mined, cutting it by half.

Lastly, the Bitcoin market goes into the bear state, which implements a state of stagnancy, allowing investors to make moves and decide what the best move is for their financial future. Are Other Cryptocurrencies Affected by the Bitcoin Price?

Bitcoin is quite clearly the kingpin of crypto, leading to many firsts in the financial world. The behavior of other cryptocurrencies is usually concerning the current state of the Bitcoin market, as investors can gauge the market’s potential activity based on the Bitcoin price.

Another cryptocurrency to experience a knock in recent months is Ether, which powers the Ethereuem blockchain. When writing this article, the price was at $1883.51, which is a considerable drop from its record high of $3,456.57, which hit in May 2021.

Another crypto that has made headlines lately is Dogecoin, which has been publically supported by big names in the industry, such as Elon Musk. Originally started as a joke, this crypto option has out-performed all investor’s expectations but still has taken a decline in value, with a 25% knock, setting on a value of around 36 cents, along with many other crypto options. Bitcoin Is The Currency Of The Future

The potential Bitcoin and other cryptocurrencies bring to the equation is undeniably promising, allowing people to control their finances and make moves that allow for financial freedom. The Bitcoin price may never be steady, but one thing is for sure: Bitcoin holds an enormous opportunity to change the game of finance.

Looking at the stats, if Bitcoin has to capture 15% of the global currency market. Which 21 million Bitcoins in circulation, the total Bitcoin price would be sitting at a whopping $514,000, making the 2050 benchmark look achievable.

What Do You Think? Will Bitcoin Beat The Bank?

Bitcoin has brought many first to the financial market, and with so many incredible achievements met, it’s clear that Bitcoin has some undeniable promise for the future. By 2050 its is expected for Bitcoin to overtake the U.S dollar. Are you ready to make this happen? Stay in the loop with all the latest tricks of the trade by signing up to The Bitcoin Strips newsletter, where you will find clues to keep you climbing to the top, as well as the latest updates on the Bitcoin price.