Anyone on the lookout for an epic and cinematic Bitcoin slot of prehistoric proportions should look no further than Jurassic Park by Microgaming. Based, of course, on Steven Spielberg’s legendary blockbuster franchise about the island populated by dinosaurs, this game is guaranteed to delight fans of the films.

Even those who aren’t interested in the movie connection and just want to win some cash at a high-quality Bitcoin slot can still enjoy Jurassic Park. With its simple gameplay, excellent bonuses and features, this game has plenty to offer.

You don’t have to be a film buff to be familiar with Jurassic Park. This 1993 hit and its many spin-offs have gone down in Hollywood history. This is largely thanks to its groundbreaking special effects, for which the film scooped up numerous rewards. With this in mind, it would come as a real disappointment if Microgaming hadn’t gone all out with the theme and design of this branded Bitcoin slot.

Fortunately the developers behind Jurassic Park have gone above and beyond to create an action-packed game filled with incredibly detailed artwork that would impress Spielberg himself. Set deep in the jungle-like scenery of Jurassic Park, the five reels are filled with a ferocious set of dinosaur symbols which come to life and walk around the screen as the reels spin. As if this wasn’t enough to evoke memories of the classic film, the original soundtrack can be heard in the background during gameplay.

One of the things that have made Microgaming so popular with so many players is the unique 243 ways to win layout and Jurassic Park makes great use of this. Instead of setting a specific number of pay lines, players simply set the coin values from 1c to 5c each and the number of coins per bet. This leaves a betting range of 30c to $15 per spin.

The best part of playing Jurassic Park has to be the many generous bonus rounds up for grabs. Whenever three or more Amber scatter symbols show up on the reels at once, players will be prompted to pick from one of five dinosaur-themed bonus rounds. Here is what each one has to offer:

Branded Bitcoin slots based on blockbuster movies are all the rage right now. Players who are fans of this trend will love Jurassic Park, since it stays so true to the original film. The best things about this game are the high-quality theme and the long list of great bonus rounds.

This isn’t a game to suit everyone; the relatively low spinning stakes mean that it won’t impress high-rollers and big budget players. However, the 243 ways to win system is enjoyable and those looking to play with low stakes for mid-level payouts will have plenty of fun with Jurassic Park. 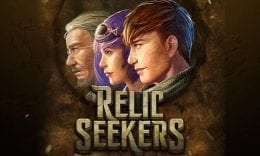 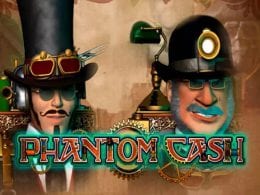