Enter a wonderworld of mystical fantasy brought to life with Dragon’s Fire InfiniReels. This virtual adventure will have any BTC player encapsulated in complete ore while they experience something like never before in their lives. Red Tiger Gaming introduces a daring yet magical journey through this highly engaging theme.  To further encapsulate the magic play at Winners Hall casino and take advantage of great bonuses!

Head into the dragon’s lair and be captivated by its fiery yet magical ways. Dragon’s Fire InfiniReels Bitcoin slot is an adventure set for a king. From the exquisite graphics to the victorious sounds, everything about this slot gives players the moment to conquer great heights. Set your sights on the gold and enjoy the journey because, with every spin, there could be a reward coming your way.

With this Dragon’s Fire InfiniReels slot review at The Bitcoin Strip, we will highlight all the reasons Red Tiger Gaming’s newest release is the slot to beat. Feel the wrath of these magical beasts as you make your way to the gold mine!

What Is Happening On The Reel

This Bitcoin adventure is loaded with surprises and sure has what it takes to turn up the heat! With a twist and turn in every spin, this Dragon’s Fire InfiniReels slot review at The Bitcoin Strip has all ins and outs to keep you at the top of the leaderboard. Starting on a layout of 3 reels and three rows, this slot grows in size as the game goes on. Here is a break down of how the reels and pay lines work; 3 reels = 27 pay lines, four reels = 81 pay lines, 5 reels = 243 pay lines, Six reels = 729 pay lines, 7 reels = 2,187 pay lines, and 8 reels = 6,561 pay lines.

The dragon’s lair is filled with wonders. Starting with the base symbols and ending with the power packers, this Bitcoin slot will have players coming back for more. The lower valued symbols are four rare dragon eggs, which are only the beginning of rewards in store in the Dragon’s Fire InfiniReels Bitcoin slot.

The higher paying symbols bring the theme to life with impeccably designed visuals. Each higher paying symbol holds a magic that kicks your play up a notch. The most valuable being the dragon eye. There are also two symbols, which bring about huge rewards, and those are the Fire WIld symbol and the Fire Egg.

Set upon a fiery backdrop, Dragons Fire Infinireels takes players on a life-like adventure of the day in the life of a fire-breathing dragon. FIlled with more wonder and rewards than players ever thought possible, this Bitcoin slot has the possibility to bring home big wins.

What is more fierce than free spins? That’s right, Nothing! Get your game on track by pulling for some mighty plays. Red Tiger Gaming has brought the heat with the fantastic functionality and fun that each and every feature provides in the Dragon’s fire Infinireels Bitcoin slot.

To power your play with free spins, all you need to do is trigger the Dragon Spins feature. This is done by landing three Dragon Spins scatter symbols on the reels in one spin. You will be awarded eight free spins. Make sure to stay on your game because when playing Dragons fire Infinireels, there is always a chance to win more!

Armer up and enjoy a game filled with fun-filled excitement, thanks to Red Tiger Gaming’s remarkable features. Take part in one magical adventure backed by the power of some mighty dragons. To feel the real wrath of Dragons fire Infinireels, Bitcoin gamblers will need to get the fun rolling.

There are two features to look forward to besides the free spins. The first being the Fire Egg feature; this feature is triggered at random during any given spin. Whenever it is in action, players have the chance to get their hands on magnificent multipliers that can bump their balance to new heights.

Next is the Fire Wilds feature. At random, reels one or two can combust on any spin, creating rewards unlike ever before. Any Fire Wild symbols that appear during the feature will have the power to substitute as any symbol on the reels besides the scatter.

To Sum It Up

As you can tell after reading this Dragon’s Fire InfiniReels slot review at The Bitcoin Strip, this slot is incomparable to any other on the web at the moment. With a never-ending supply of features and reels, this slot is designed in such a unique and inviting way that even the most advanced players are intrigued. Take advantage of the most lucrative and rewarding BTC slot the crypto gambling world has to offer. 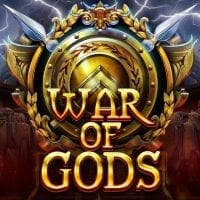 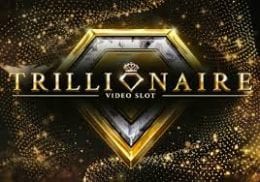