A guide to “provable fairness” in online casinos

When it comes to casinos, both physical and online, it is always a player’s concern that the house may be cheating them and changing what would have been a winning bet into a losing one. Confident in their house edge (the advantage they have over players) many online casinos accepting Bitcoin and other cryptocurrencies have decided on proving to players that there is no way they could have manipulated the results of a wager, using the same mathematical concepts well-known in cryptography. Making for probably fair Bitcoin casino betting 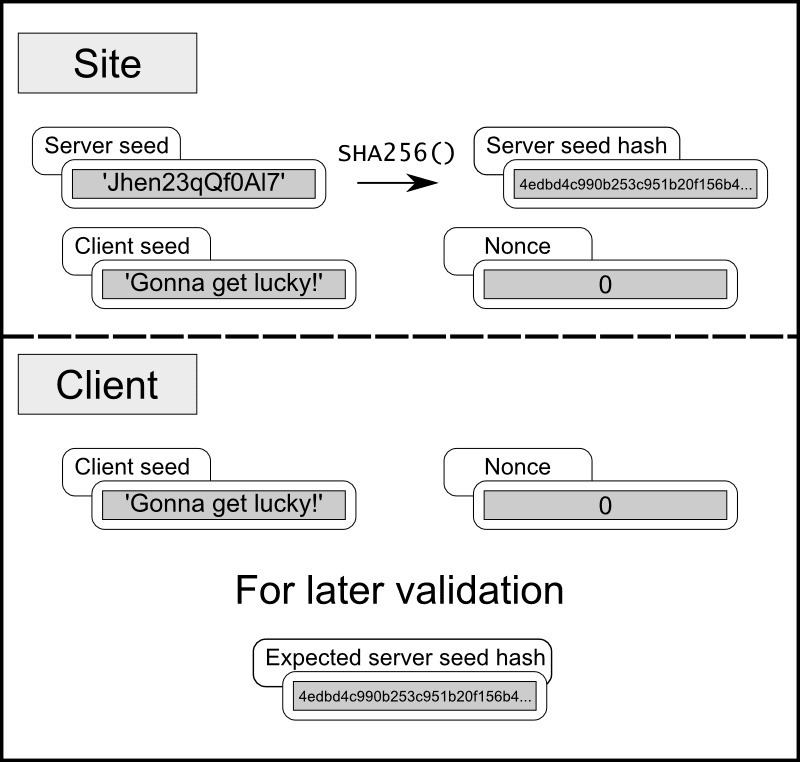 First, the site generates the seed pair, the initial values which will be used for all of the player’s bets until they want to know the server seed and start the process over. Some sites will give players the option to input their own client seed or simply generate it for them. The server seed is kept secret, but the player is given its hash. 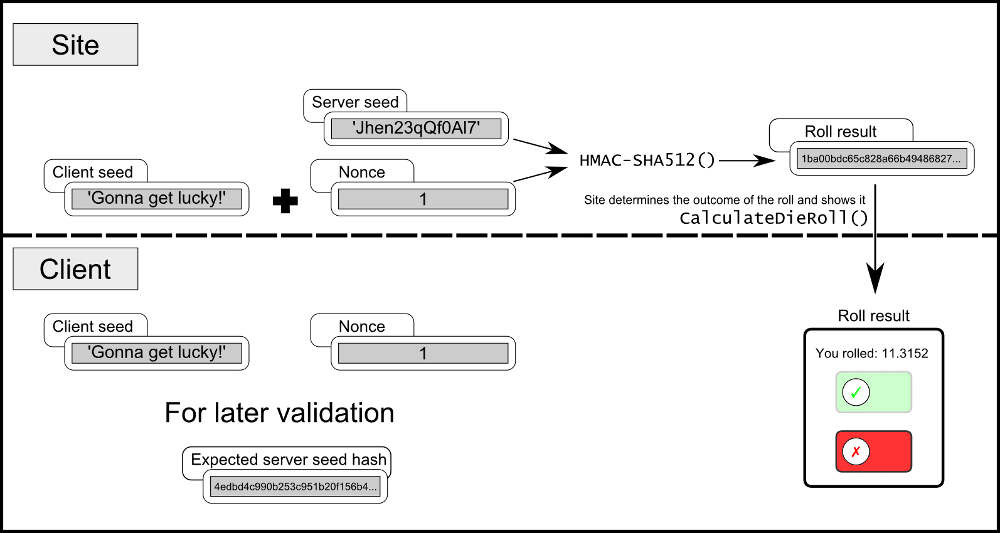 Every time a player makes a bet, the site takes the client seed plus a nonce (an arbitrary value used once, usually the number of bets the player has made with that pair of seeds) and combines it with the server seed to create a hash. This result is used to determine the outcome of the play in some way that is site-dependent. 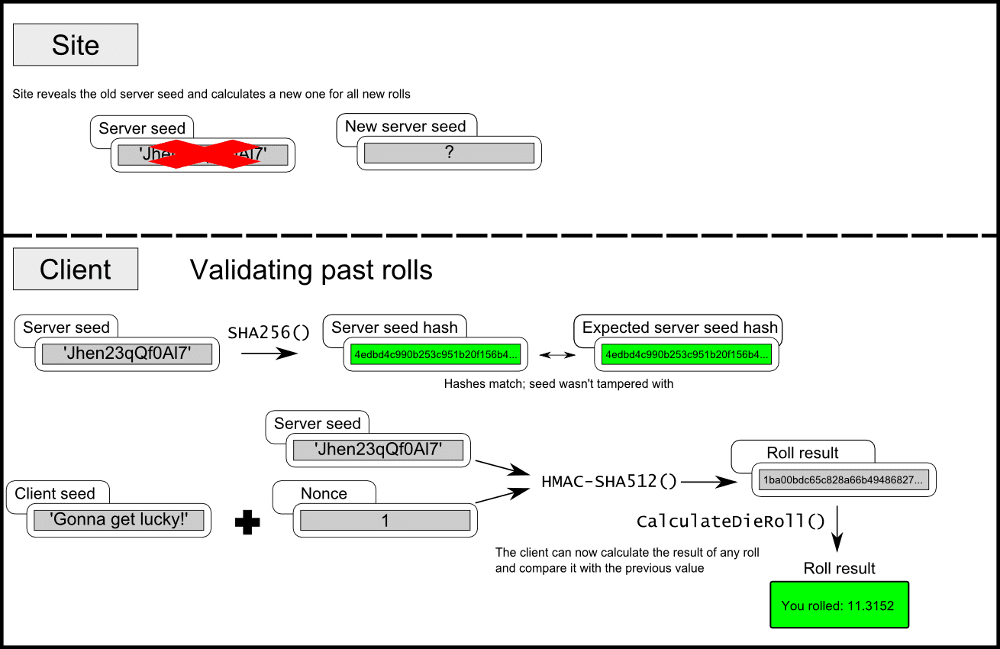 At any point and before another bet is done, the player may request the site to reveal the secret server seed. The server will generate a new seed for the proceeding set of games. A remarkable property of hashing functions, particularly those used in cryptography, is that they’re one-way; that is, it is trivial to verify a given piece of data (such as the server seed) matches a hash value, but makes it practically impossible to determine the original data given the hash. Now that a player knows the server seed, they can be sure the site never altered it, or else hashing the seed would generate a different value from the one given at the beginning of the process. They can recreate any of the rolls they have made with their client seed plus nonce to verify their outcome is unadulterated.

Of course, even though an online casino may have a provably fairness mechanism, this is just one step in having a measure of their trustworthiness. Players are advised to watch out for any other warning signs such as blatant interface rip-offs from other sites (showing a lack of professionalism) and undue delays in withdrawals or deposits (delays may still occur on large withdrawals, as money is moved from the site’s cold wallet to the hot wallet) before placing considerable bets.
Gamble with your Bitcoins today!