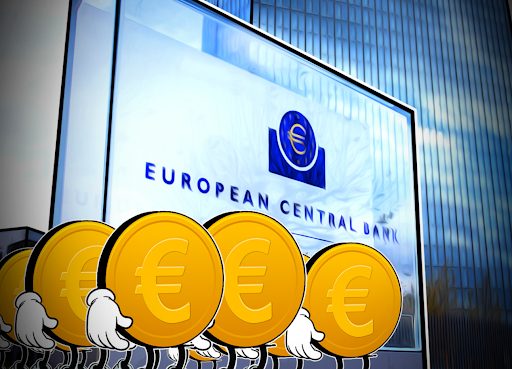 A Balanced Perspective on the Implications of a European Stablecoin

During a Franco-German Parliamentary Assembly meeting held online on September 21, Christine Lagarde, president of the European Central Bank (ECB), said that the bank was weighing the potential risks, benefits and challenges of introducing a European stablecoin.

Lagarde mentioned that the European central bank digital currency (CBDC) would serve, not as a substitute, but as a complement to fiat money. The idea of introducing the digital euro, she stated, would be to “provide an alternative to private digital currencies.” It would ensure that central bank-controlled currency remained at the core of payment systems in Europe.

Prior to this meeting, on September 10, Lagarde said that the ECB was yet to reach a final decision on whether or not to introduce the digital euro. At the time, however, she stated that the bank would in the coming weeks announce the findings of a taskforce mandated with studying the possible implications of the move.

Talking about the benefits of introducing a digital euro, she mentioned the fact that foreign payment service providers were in the lead in terms of payment innovations. The reason for this was the absence of integrated payments infrastructure in the EU. Introducing a CBDC would make it possible for the region to catch up. Among other possible applications, the currency could be used in retail payments. It would make it accessible to a wider audience than would digital wholesale money, limited to use by financial institutions.

Lagarde stated at the time that a combination of a digital euro and fiat money in the EU would support financial inclusivity and give consumers a choice.

However, she mentioned that the digital euro, if introduced, would be designed in such a manner as to contain possible risks to the monetary policy. It would also need to address the demand for digital payment without posing any risk to private payment solutions.

The ECB president has long been an ardent supporter of the idea of a European CBDC. As head of the IMF in September 2019, she spoke of her intentions to ensure that financial institutions in the EU adapt to changes in the financial sector by being open to cryptocurrencies. As a relatively recent innovation, stablecoins have stirred up considerable debate. To a great extent, this has to do with the fact that they can fulfill multiple functions. Consider three possibilities:

The use of stablecoins as a crypto asset accessory is nothing new. In fact, it is merely a continuation of their current role. In the current state of affairs, these digital assets have the primary function of securing cryptocurrencies using less volatile assets. They do this without leaving the crypto ecosystem.

Rather, they simply peg the value of a digital asset to a stable asset such as an existing fiat currency. In this regard, they have not posed any concern thus far to the existing financial system.

This scenario involves the use of a type of stablecoin that offers a credible redemption policy. Moreover, it would need to offer a significantly higher level of stability in price compared to existing ones.

For this scenario to become a reality, stablecoins would need to offer compelling factors driving adoption. A good example of this is having a currency that is easier to use as well as more convenient than existing payment systems. For instance, it could offer faster and less costly cross-currency payments as well as address lagging instant payment issues.

However, with such a high scale of adoption, risks within the stablecoin infrastructure would come to the fore more prominently. And as a result of close ties to the financial system, this could pose a risk to financial stability. It might also threaten the efficiency and security of the payment system.

To illustrate, a stablecoin is known to be vulnerable to liquidity runs. In a situation where the currency is exchanged at its collateral’s market value, a run could happen for various reasons. It could happen if users believe the collateral might lose its value or if there is an opportunity that guarantees the possibility of redemption at face value.

Either of these possibilities would result in asset liquidation to cover redemptions, and as a result, trigger contagion effects on the financial ecosystem as a whole. Other possible risks include cyber threats, operational complexities and governance issues.

While this scenario is the least likely, it would also be dependent upon having a stablecoin that meets the same requirements as the previous option. These include offering high price stability, a reliable redemption policy and compelling reasons driving adoption.

Stablecoins thus need to satisfy their end users’ demand for a cost-effective store of value by offering more appealing remuneration rates. They would also need to be sponsored by reputable institutions. With this combination of features, users would willingly replace part of their fiat holdings with stablecoins.

The possible advent of an alternative store of value also poses a significant risk to existing monetary policy. Essentially, this type of digital asset would have to be designed to hold a safe asset as collateral. It would ensure a high level of stability in the currency’s value.

However, with significant uptake of the currency, demand for the said safe asset would increase. In turn, this would result in price formation problems as well as issues in collateral valuation. Furthermore, it would negatively impact the functioning of the money market and monetary policy. Based on the different scenarios described above for the application of stablecoins, there could be a variety of potential impacts on monetary policy. Consider some:

The use of stablecoins poses a challenge in the implementation of negative interest rates. For this type of digital asset to sustain zero interest rates, it would call for some form of subsidizing or charging fees.

A non-interest bearing stablecoin would face significant constraints in terms of profitability in the current negative interest rate circumstances. This has to do with the fact that its collateral would take a beating from negative remuneration. In such a situation, a stablecoin that is invested in a negatively remunerated safe asset would pass on the burden to users.

The use of stablecoins as an alternative form of payment could lead to a reduction in the income banks get from commissions and fees. This would to a certain extent affect profitability, though it might not necessarily affect funding conditions significantly.

In the unlikely event that stablecoins became the store of value, banks would need to make a switch to costlier funding options. If that were to happen, smaller firms that depend on bank funding as well as households would have to pay more for credit.

Overall, in a bank-based economy, this would alter the composition and strength of bank balance sheets. In turn, this would impact monetary policy transmission.

Another potential challenge associated with the use of stablecoins as a store of value is a reduction in demand for fiat money. The demand for central bank liquidity arises from clearing payments and addressing liquidity shocks that come about due to changes in cash demand among other factors.

Therefore, the use of stablecoins as a store of value could result in reduced demand for liquidity from the central bank. Central banks would thus lose the ability to steer market rates.

Pros and Cons of Stablecoins as a Mainstream Payment Method

Stablecoins offer the main advantages of cryptocurrency while eliminating the key bottleneck – volatility. Since they are based on blockchain technology, they offer faster transaction processing as transactions do not have to go through multiple intermediaries. For the same reason, transaction costs are kept to a minimum and there are fewer security threats.

However, the use of this form of currency means central banks have less control over the monetary system. As such, any fragility in the stablecoin’s ecosystem and operation poses considerable risk. Furthermore, the idea of having the two currency systems operate in a complementary framework could lead to significant financial stability risks.

There are a lot of benefits that can be gained from the application of stablecoins to the monetary system. But at the same time, there are plenty of considerations to make as well. While they offer obvious benefits that are notably absent in their fiat counterparts, they pose considerable risks too.

However, the risks involved to a great extent depend on their use. As payment systems, stablecoins offer advantages such as faster and cheaper transaction processing as well as better security. But when used as a store of value, they threaten the safety of the very systems they seek to complement.

Thus, finding a point of balance in stablecoins’ application is the key to reaping the most benefits from their use.